'Freedom Utopia' is a Long Play album of 45 minutes, including 8 singles and 2 short intro and interlude tracks. It's a multi and cross genre instrumental electronic fusion album lining up lots of different genres to add to the mix. Ranging from poprock through breakbeat and drum'n'bass to electronic rock ballad. All under the common purpose to entertain and at the same time raise moral awareness of the listener. Themed around the topic of a utopian world and the obstacles before it.

The album was released in the June of 2014 on all major digital distribution platforms, published by Pal Zoltan Illes through an admin publish contract with the cdbaby platform. Consider buying the album to support the indie artist, or simply spread the word of it, play/share the Spotify / Google Music links. Your playing the music (called streaming) on Spotify or Goole Music gives the artist a streaming revenue. The furthering of the cause of independent/unsigned music happens with you and me today! 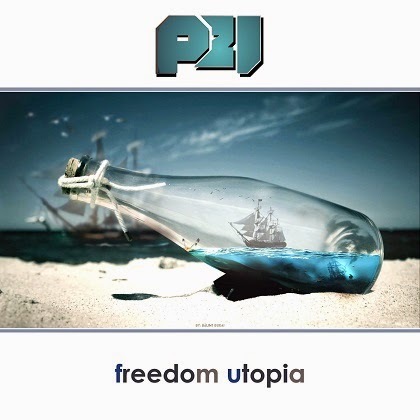 The composition and production of the album was happening in the first and second quarter of 2014.